Tricknology: Theorizing the Trickster in Afrofuturism

The antithetical convergences of myth and science, nature and technology, male and female, even human and animal create the liminal spaces from which the technological trickster emerges in Afrofuturism. Borrowing ideas from critical race, cyborg, and feminist theories along with thinking from animal studies, this essay outlines a few of the many possibilities of a trickster technology where this mutable and mythic figure triggers the breakdown of race and gender anxieties leading to the end of these interlocking oppressions in one kind of Afrofuture. Trickster technology may be defined as a black character's pragmatic application of biopolitical knowledge to manipulate the environment to his or her own benefit. Blackness itself effectively counteracts the "racializing assemblages" of the white world that produced "a conglomerate of sociopolitical relations that discipline humanity into full humans, not-quite-humans, and nonhumans" (Weheliye, 2014, p. 3). Put simply, we explore types of shape-shifting as a trickster technology which revises ideologies of difference with respect to race, gender, and class to actualize Afrofuturism's promise of freedom in Octavia Butler's Wild Seed (1980), and Nalo Hopkinson's "Ganger (Ball Lightning)" (2001) and Midnight Robber (2000). 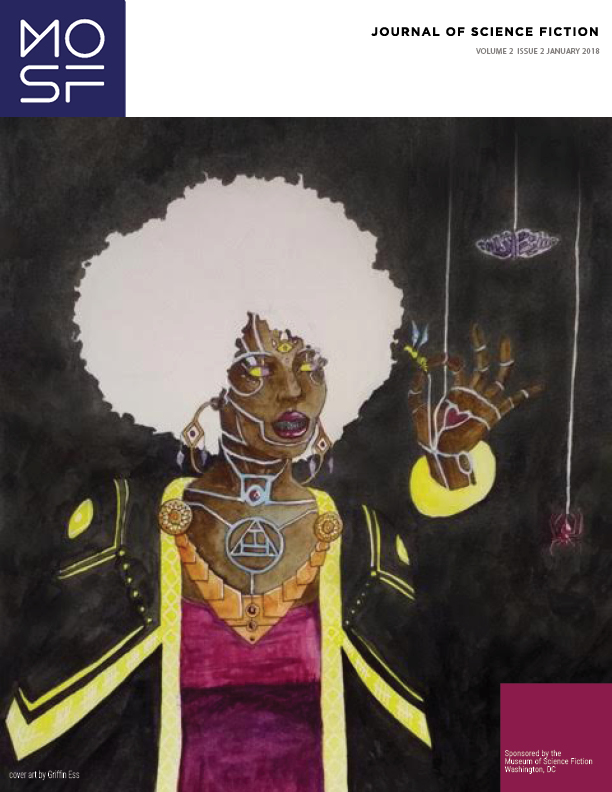