Both Colson Whitehead's celebrated novel, The Underground Railroad (2016), and the hybrid rap/space opera by the group clipping., Splendor & Misery (2016), present Afrofuturist neo-slave narratives. Both the novel and the album are obsessed with the relationship between enslaved persons and technological advancement. In each text, technological advancements (a railroad, a sentient spaceship) initially represents the financial and militarized empowerment of the enslaver; in each text, the technology is suborned by the enslaved and used to carry them to what they imagine is freedom. Whitehead, in an homage to Octavia Butler, literalizes the underground railroad in order to provide a vehicle for Cora, the novel's lone surviving escapee, to witness and reject other "advancements" in civilization (in particular, eugenicist gynecological medicine and anthropological museums) as she moves North and, eventually, hopes that she has "pushed beyond" America (305). In mastering the mechanical function of the railroad, Cora masters a kind of futurist promise of refashioning: "On one end there was who you were before you went underground, and on the other end a new person steps out into the light" (304). In Splendor & Misery, set in some presumed distant future and far in space, a sentient cargo ship narrates its growing attraction to the sole surviving "cargo" which has rebelled and overridden the shipping route. Daveed Diggs, the rapper in the group, explicitly acknowledges his debt to Octavia Butler, Samuel Delaney, and N.K. Jemison in conceiving this album; its textual and afrofuturist roots run deep. By the end of the album, the ship and the otherwise-unnamed Cargo #2331, much like Cora, decide to just keep moving away, hoping to find "a better place" somewhere in uncharted space.

Each of these works is experimental and genre-bending; more importantly, each work offers an anti-triumphalist emancipation narrative. For neither Cora nor Cargo #2331, however, is freedom actually fully realized. Both end their narratives still in transit, still far from where they came but equally far from where they hope to be. And, in a tragic throwback to many traditional ex-slave narratives, even the chance of freedom is perforce a largely solitary one; "Who got time for this love shit anyway?" the ship/cargo reflects at the end of Splendor & Misery. I argue that for each of the enslaved characters, emancipation rings hollow and freedom is precarious. Given that the novel and the album appeared within months of each other, taken together they become a powerful joint indictment of our not only our current political climate and longstanding amnesia about the technological and institutional ills of slavery. They also become indictments of the of the way that this nation has often stoppedÂ  short by celebrating "freedom" but failing to offer any tangible security to actually live a full life beyond that point. These texts ask us to reconsider how Afrofuturist texts will come to define freedom's relationship to place. 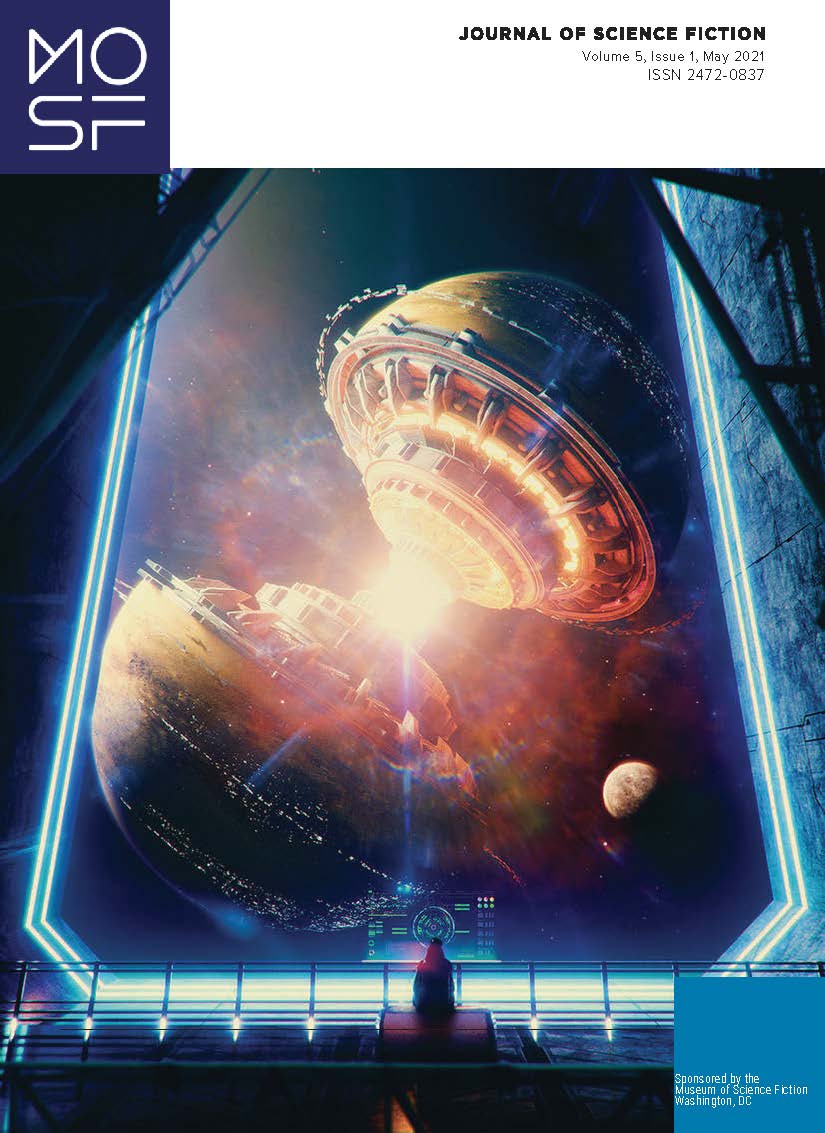